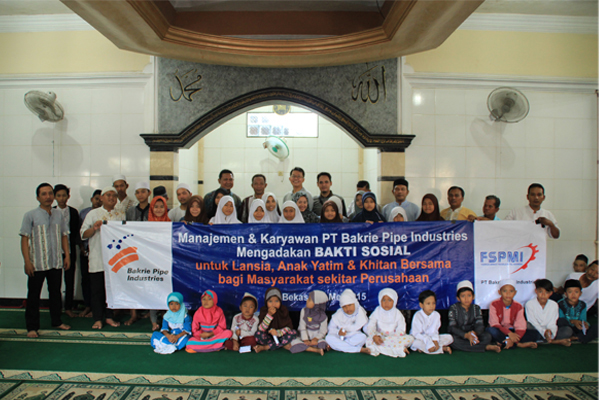 Compensation implemented in several separate places in the environment around PT. Bakrie Pipe industires. By represented by some committee together with HRD chief Indra Purnama, the committee visited each RW to hand over a symbolic compensation. The enthusiasm shown by the participants in each RW compensation committee visit.